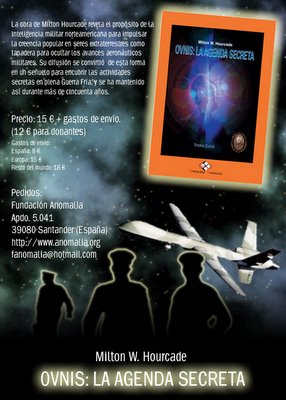 A carbon-rich substance found filling tiny cracks within a Martian meteorite could boost the idea that life once existed on the Red Planet.
The material resembles that found in fractures, or "veins", apparently etched by microbes in volcanic glass from the Earth's ocean floor.
Details will be presented at the Lunar and Planetary Science Conference in Houston, Texas, next month.
All the processes of life on Earth are based on the element carbon.
Proving carbon in Martian meteorites is indigenous - and not contamination from Earth - is crucial to the question of whether life once arose on the Red Planet.
Initial measurements support the idea that the "carbonaceous material" is not contamination, the scientists say.
The research team includes scientists who brought evidence for microbial life in another Martian meteorite, ALH84001, to the world's attention in 1998.
The Martian meteorites are an extremely rare class of rocks. They are all believed to have been blasted off the surface of the Red Planet by huge impacts; the material would have drifted through space for millions of years before falling to Earth.
Fresh samples
The latest data comes from examination of a piece of the famous Nakhla meteorite which came down in Egypt, in 1911, breaking up into many fragments.
London's Natural History Museum, which holds several intact chunks of the meteorite, agreed for Nasa researchers to break one open, providing fresh samples.
"It gives people a degree of confidence this had never been exposed to the museum environment," said co-author Colin Pillinger of the UK's Open University.
"I think it's too early to say how [the carbonaceous material] got there... the important thing is that people are always arguing with fallen meteorites that this is something that got in there after it fell to Earth.
"I think we can dismiss that. There's no way a solid piece of carbon got inside a meteorite."
Analysis of the interior revealed channels and pores filled with a complex mixture of carbon compounds. Some of this forms a dark, branching - or dendritic - material when seen under the microscope.
"It's really interesting material. We don't exactly know what it means yet, but it's all over the thin sections of the Nakhla material," said co-author Kathie Thomas Keprta, of Lockheed Martin Corporation and Nasa's Johnson Space Center in Houston, Texas.
Indigenous component
Previous studies of the forms - or isotopes - of carbon in the Nakhla meteorite found a component of which more than 75% is lacking any carbon-14.
Since all terrestrial life forms contain some carbon-14, this component was thought to be either indigenous carbon from Mars or ancient meteoritic carbon.
Professor Pillinger and colleagues are carrying out direct isotopic analysis of the carbonaceous material, but he admits terrestrial contamination is occurring when thin slices of the meteorite are made for analysis.

However, the ratio of carbon to nitrogen in the epoxy used to prepare the thin sections is very different from that of the carbonaceous material in the meteorite's veins.
If it is indigenous to Mars, the authors say the "carbonaceous material" came either from another space rock that smashed into Mars hundreds of thousands of years ago, or is a relic of microbial activity.
A resemblance between the material in the meteorite and features of microbial activity in volcanic glass from our planet's ocean floor further support the idea they are biological in origin, says the paper.
If this is the case, the remains of these organisms and their slimy coatings might provide the the carbon-rich material found in Nakhla, the researchers argue.
Peter Buseck, regent's professor of geological sciences at Arizona State University told the BBC News website that he found no strong evidence of a biological origin for the carbon in the meteorite.
He added that it was difficult to determine the origin of carbon in rocks based on microscopy.
The 37th Lunar and Planetary Science Conference runs from 13-17 March in Houston, Texas.
Font: Paul Rincon, http://news.bbc.co.uk
Publicat per Jordi Ardanuy a 12:21